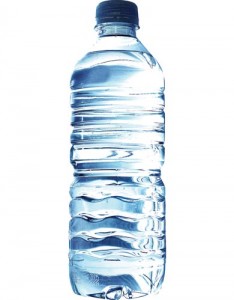 Just over a month ago the grocery store Metro introduced a five-cent fee for single-use bags in Ontario and Quebec. According to a recent press release Metro grocery stores distributed 70 per cent fewer bags compared to the monthly average and demand for reusable bags has increased by five times. As Metro spokesperson, Selena Fiacco notes, this “confirm(s) that customers are willing to change their shopping habits.”

This is great news. Fewer plastic bags in the world can only be a good thing.

It would be nice to think that the lessons from this press release could influence those involved in the bottled water debate. As some of my readers know, I’ve argued that efforts to ban bottled water have been poorly thought through. The above press release plays to the point of these posts: people are price sensitive and that we can nudge them to make better choices. This strikes me as a far less problematic than removing water as an option from corner stores during an obesity and diabetes epidemic. Why remove the healthiest choice? However, this does not mean I wish to see an increase, or even continued use of disposable container bottles.

The above press release reminds me of the (underutilized) power of deposits. The key with a deposit is that it must significant enough to encourage users to adopt an alternative (reusable container) or recycle the disposable container. Am not 100% certain but my sense is that deposits on bottles have not changed much since their inception. With inflation factored in, this means the relative value of the deposit against the overall purchase price of a beverage has declined markedly in the last 30+ years.

Consider my home province of British Columbia (which has the oldest legislated deposit-return system in North America) and its 5¢ refundable deposit. If this amount has remained unchanged since 1970 when deposits were introduced (has any jurisdiction raised deposit values?) then, according to the Bank of Canada’s inflation calculator a 5¢ deposit in 1970 is worth 28¢ in 2009 dollars. Imagine if small water bottles had a 30¢ deposit on them? And if 2L bottles had a 75¢ or $1.00 deposit. I suspect people would be slightly more motivated to not litter, and some people would be further motivated to use their reusable containers. I’d even be willing to consider a still higher deposit to encourage re-use. Regardless of the actual deposit, such a system has the benefit of not punishing healthy choices (like, say water) and thereby indirectly reward unhealthy choices (like, say Coke). It simply treats all beverages equally.

With a little imagination and tweaking the humble deposit could once again be a powerful influencer in the debate on how to deal with bottled drinks.

For some interesting facts on deposits and container waste, check out this site.