The other day Tim O’Reilly tweeted about this New York Times article. Entitled – Chicago’s Loss: Is Passport Control to Blame? – the piece struck a chord with me since my last two efforts to cross into the United States from Canada have been dramatically unpleasant experiences. Turns out that others – including IOC selection committee members – feel the same way:

Among the toughest questions posed to the Chicago bid team this week in Copenhagen was one that raised the issue of what kind of welcome foreigners would get from airport officials when they arrived in this country to attend the Games. Syed Shahid Ali, an I.O.C. member from Pakistan, in the question-and-answer session following Chicago’s official presentation, pointed out that entering the United States can be “a rather harrowing experience.” 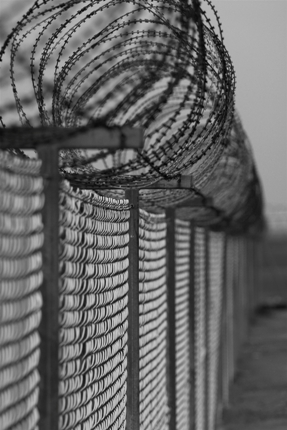 Harrowing indeed! I crossed the border two weeks ago on my way to French Lick, Indiana, to attend a bio-informatics conference. I wasn’t paid to attend, and had been invited by the founders of OpenMRS to whom I occasionally volunteer some advice and just think are all around great guys who I’d do pretty much anything for. Is a conference work or pleasure? Not really either, but to be safe, I said work. Big mistake. The border security officer said he didn’t care if I was not getting paid, work is work (don’t even bother trying to explain to him what an open source community is) and he was inclined to red flag my passport and take away my TN (work) visa. It was a terrifying experience (and frankly, on the scale of what people can be accused or suspected of at the border economic issues are important but relatively less concerning than political or criminal ones – although don’t underestimate the fear generated by seeing part of ones livelihood flash before ones eyes).

All this is made worse by the fact that there is, effectively, no appeals process. Yes, maybe you can talk to somebody higher up, but the will likely take hours (long after your flight is to depart in 90 minutes) or even days (once the conference or event you intended to attend or speak at has long since ended). You are at the mercy of the person you’re in front of.

All this may sound unfortunate but it has significant implications, political and economic implications. International travel to the United States is down 10% in the first quarter of 2009 – a big part of this is likely related to the economy, but I suspect that fewer and fewer people are choosing the United States as a destination. But vacationers are minor in comparison to the impact on innovation and economic development. Today, it is harder and harder for the best minds in the world to work for American companies and to do graduate work at American universities. This means America’s elite will interact less and less with leading thinkers from elsewhere and its companies will have to rely on American talent, and not international talent, to succeed.

Already the cracks are showing. Google has employees who are forced to work in Canada since they can’t work in the United States. And Microsoft recently opened a software development facility in Vancouver because US immigration laws made it too difficult to bring in top talent. Indeed, I’m increasingly persuaded that the new convention centre in Vancouver was a smart investment. If you are hosting a conference with Americans and internationals in attendance there is no way you are going to host it in the United States.

Do Americans understand what is going on? Probably not. While some of the above articles have appeared in the news section of the newspaper the Olympic story appeared in the Travel section – hardly the place to raise a red flag for politicians. At least the President seems to now understand that it is an issue:

President Obama, who was there as part of the 10-person team, assured Mr. Ali that all visitors would be made to feel welcome. “One of the legacies I want to see is a reminder that America at its best is open to the world,” he said.”

I hope he’s successful since the consequences of the status quo will be ugly for the United States. A closed border is like a closed mind – over time you become less receptive to new ideas or information and begin to atrophy.