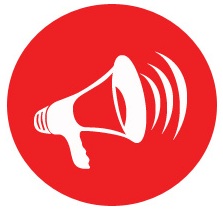 If the Open Web is a social movement then are Hackers Social Activists?

From the reaction of a number of people to that post the answer at first seems unclear. Some of those who responded shared their discomfort with the idea of being labeled a social activist. Notions of people chaining themselves to something, yelling into loudspeakers or even adopting the approach of archetype hacker activist Richard Stallman’s makes many open source supporters uneasy.

I agree – but being an activist doesn’t necessarily mean these things.

I’ve been struggling to explain why when, while re-reading the Cathedral and the Bazaar essay “Revenge of the Hackers” I was stuck by how Raymond’s description of the rise of Open Source parallels the stages of activism outlined in the “Movement Action Plan” – a strategic model for social movements developed by Bill Moyer, a US social change activist (basic outline at bottom of this post).

The parallels are not perfect, nor are they absolutely linear (but then Moyer concedes that they never are). Moreover, the language used by Bill Moyer would probably make any coder (or even non-coders like me) feel out of place or downright uncomfortable (does anyone in an open-source community talk powerholders?).  But mapping Eric Raymond against Bill Moyes is instructive. It highlights quite effectively that hackers are a movement, they are social activists (even when thy don’t consider themselves to be), and that when mobilized they can achieve big hairy audacious goals more effectively than many other groups.

I share this not because I want hackers to change who they are or what they do, but, like Eric Raymond, to help them gain a better awareness of who they are and what they are doing (accomplishing!). There are others who want to join this movement – and so understanding that there is a movement, and your role and place in it, is the first step in figuring out how to help others join in. If we want to invite, enable and foster the next million mozillians, we need to at least understand our place within the ecosystem of the open web social movement.

On a separate note, I think it is fascinating the overlap between Bill Moyes Movement Action Plan – which is about activism – and Moore’s “Crossing the Chasm” – which is about technology in the market place. The two things are describing the same event (the adoption of something new) in different spaces (community/society vs. marketplace) and each highlights a point on the exact same place of an S-curve where the threat failure is greatest: the Chasm for Moore, and Activisim Failure for Moyers. Happily, I think Open-Source has crossed the threshold, but other significant challenges, challenges both Moore and Moyer have insights into, await.

Social movements are collective actions in which the populace is alerted, educated, and mobilized, over years and decades, to challenge the powerholders and the whole society to redress social problems or grievances and restore critical social values.
– Bill Moyes in the Movement Action Plan

The open web is a social value. It’s not a fact, it’s not necessity, and it’s not a requirement. It’s a value – one that a growing community of people believe in and are willing to fight for. Indeed an emergent community in support of this value, initially composed of coders and technophiles, has steadily grown in size and scope. Today, there are hundreds of thousands (if not millions) of people who believe in the open web. They want the internet to be an open platform, indeed, they know the internet must be an open platform.

This means the message and goals of organizations like the Mozilla foundation and others that promote an open web, have broad appeal and resonate with a increasingly diverse community.

It will also create new challenges.

Those involved in promoting an open web need to know that they are part of a social movement. Yes, it is language and terminology that make some of us uncomfortable. But it is the reality of our situation.

Embracing the notion that the open web is a social movement does not mean that we must start lobbying politicians or chaining ourselves to Microsoft servers (although some people may already be doing these things). I will be the first to admit that this social movement is very unlike those of the past. We do not need to employ the industrial and hierarchical model of influence and power that underlies the Bill Moyes document that, in part, inspired this post. It is for another era, or at least, for other movements.

This social movement is different in that, so far, it has been able to derive its power from a narrow set of people – mostly coders – who by volunteering their labour, have given the movement neither political power, nor economic power, but hard consumer power. This power has enabled projects like Mozilla to out-create, out-innovate, and out-perform the largest, best financed, and most successful software and IT companies in the world. As such, it does not need to rely on persuading government to create structural changes the way past social movements have. It has simply been able to force change though its market position.

This success however, does not mean it has nothing to learn from the past. Indeed, understanding and embracing the fact that the open web is a social movement would not only give the open web project structure – an organizing principle – upon which further success can be built but it would also allow it to reflect and leverage on the lessons of past movements.

Possibly the most important of these past lessons is that social movements may emerge organically but often do not succeed until at least some primitive form of organization or basic structure takes form around which resources, supporters, and eventually the general public, can coalesce.

This structure does not need to be hierarchical, but it does need to at least anchor or provide a platform around which the movement can build identity and direction. I sense a number of people look to Mozilla to be that rallying point. Indeed, last year when Chris Messina ranted online about Mozilla – which some in the Mozilla Corporation incorrectly felt was an unhelpful critique of the corporation – he was asking this very question. (I know Chris’ comments weren’t very popular with many people and that a major motivating factor for his rant was an effort to bring attention to his new consulting firm, but I’m still going to address his comments at face value) I don’t think Messina was being critical of the corporation per se, a large part of what he was asking was why Mozilla wasn’t serving as a rallying point for people (like him) who cared about the Open Web and Open Source.

The Berkman Center at Harvard, the CIS at Stanford, the Mozilla Foundation, Electronic Frontier Foundation, the Shuttleworth Foundation, along with a handful of other organizations are already part of the movement’s ecosystem. Perhaps one of them could credibly take on a leadership/organizing/convening role for such a social movement. Perhaps not. At the moment, it seems unclear if anyone is.

Again, this social movement can and probably should be more decentralized than any past movement. But could we push ourselves harder? Are we creating enough hooks for new participants to latch on to? Are we creating an ecosystem where non-coders, but passionate open web believers, can find a niche? What are the big harry audacious goals that a larger community can get behind, and support? Are we willing to talk about ourselves as a social movement? What are the opportunities and dangers in doing that? I’m not sure. But it would be great if someone were thinking about who, or whom, might be asking these questions.

Please know this post is a draft and treat as such. Please tear it to shreds or build on it in the comments or in an email to me.